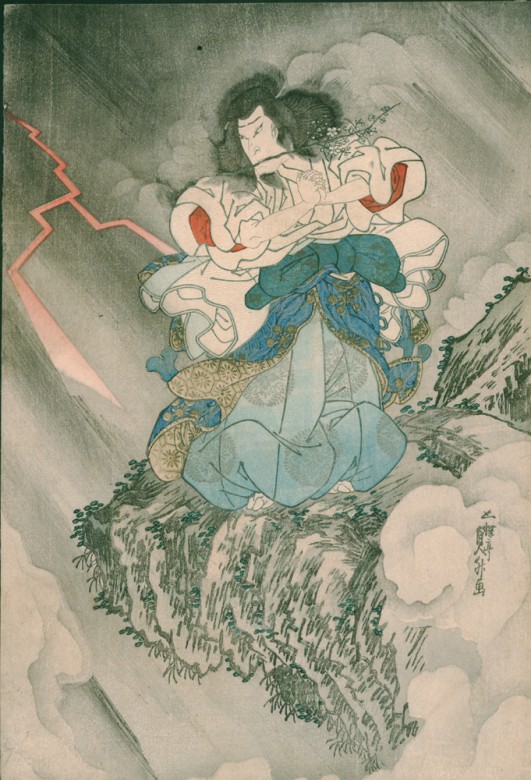 The actor’s name is not on this magnificent print (it would disturb the image), but his features come closest to those of Ichikawa Morinosuke II. During the 1830s and early 1840s he mainly acted at the middle theatres. Until now no related actual performance has been found, which of course does not necessarily mean that the depicted scene is a mitate.

Kan Shōjō is shown at Mount Tenpai on Kyūshū Island, in a raging storm. He clasps a blossoming plum branch between his teeth, that he had used as a magic staff to decapitate Washizuka Heima, a retainer who was sent to murder him.

The applied carving and printing techniques of this print are of exceptional quality. Many refined details of the clothes are printed with metallic pigments or with embossing, being in a well-balanced contrast with the rough character of the rock and the impressive sky with its wind, threatening thunderclouds and geometrically stylised flash of lightning.