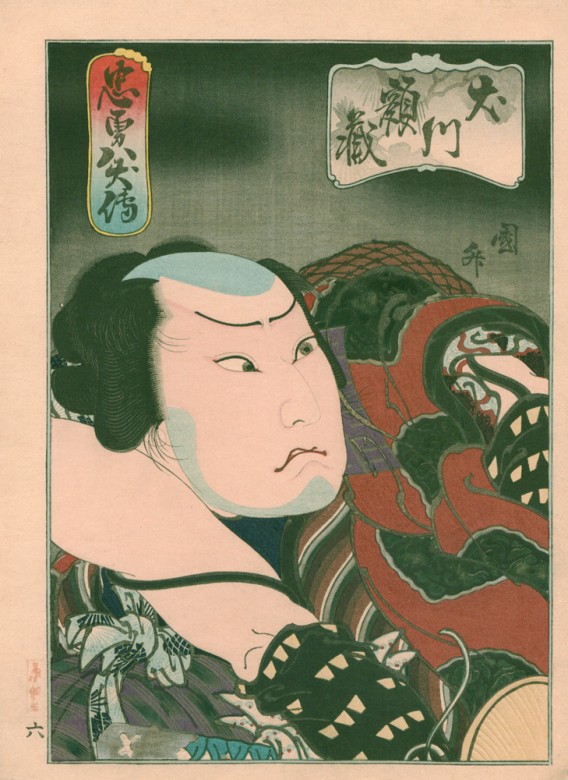 Title: Chūjū hakkenden (Loyalty and bravery of men from the ‘Tale of the Eight Dogs’).

The character Inukawa Gakuzō appears in the plays Satomi hakkenden and Hana no ani tsubomi no yatsufusa, but no actual performance of one of these two plays seems to have taken place around the time of the publication of this print. So, the portrayal most likely is a mitate.

The number roku (six), at bottom left, suggests five other prints in the set and even seven when literally related to the ‘Eight Dogs’, but until now only the (unnumbered) print of the next image is known.

1. The characters Kyō and Isa form part of the name of a person who is known as a printer. The printer’s seal suri Isa (printer Isa) is found on a small number of prints published in the late 1840s and in 1850.