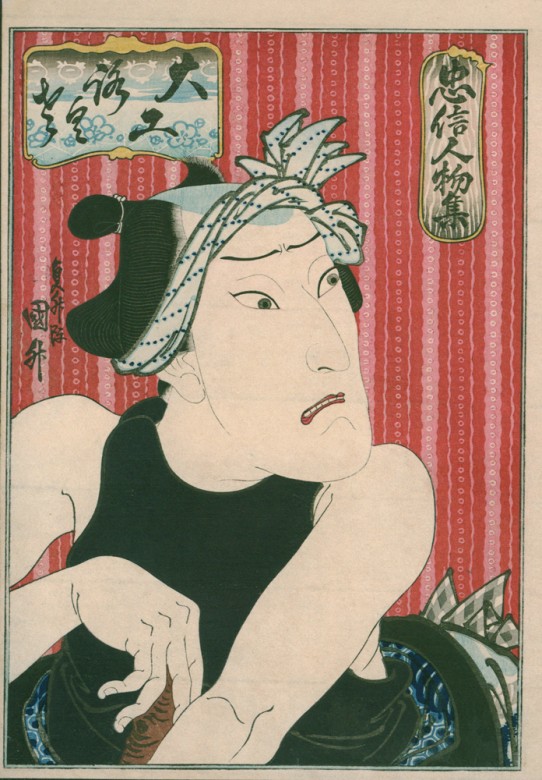 1. Ōkawa Hashizō (Onoe Kikugorō III) also played the part of Rokusa 6/1848 at the Wakamiya Theatre in Nagoya, but the present print is more likely related to the performance at the Naka Theatre in Osaka, being the major theatre of the two.

According to a banzuke (theatre programme) listed no. 2-497 in Shibai banzuke mokuroku, vol. 1, the performance at the Naka Theatre took place in the eighth month of 1848, but according to Ihara, T., (ed.), Kabuki nenpyō, vol. 6, p. 541, it took place in the seventh month.

One or two weeks after his successful appearance in Azuma miyage date no hinagata at the Naka Theatre, Ōkawa Hashizō started acting at the Kado Theatre in Osaka.