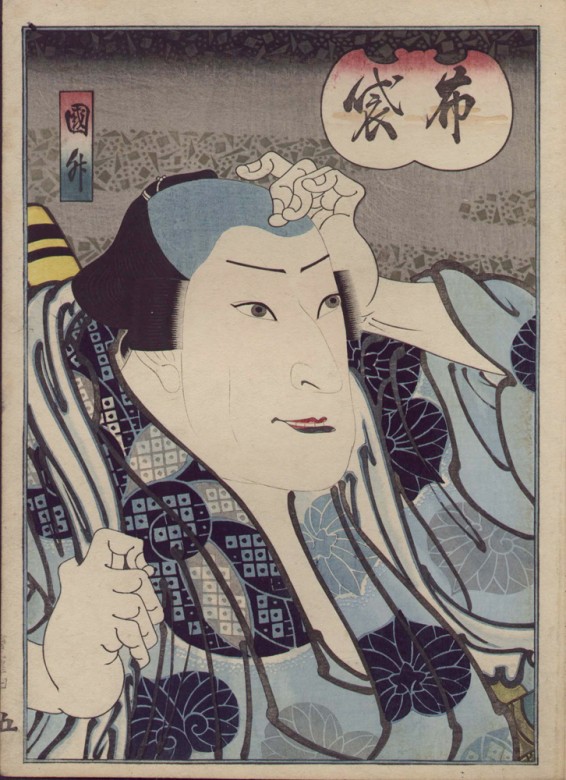 Until now only two prints of this set of five are known.

The role is one from the play Otokodate itsutsu karigane, but the portrayal most likely is a mitate, that is, not related to an actual performance.
Ichikawa Ebizō V, who is depicted on the second print of the set, stayed in Osaka until 2/1852 and then returned again 1/1853. This, combined with the appearance of the typically shaped bat-cartouche which is also present on two of the artist’s prints published 5/1850, makes it likely that the set was published in 1849 or in the first two months of 1850.